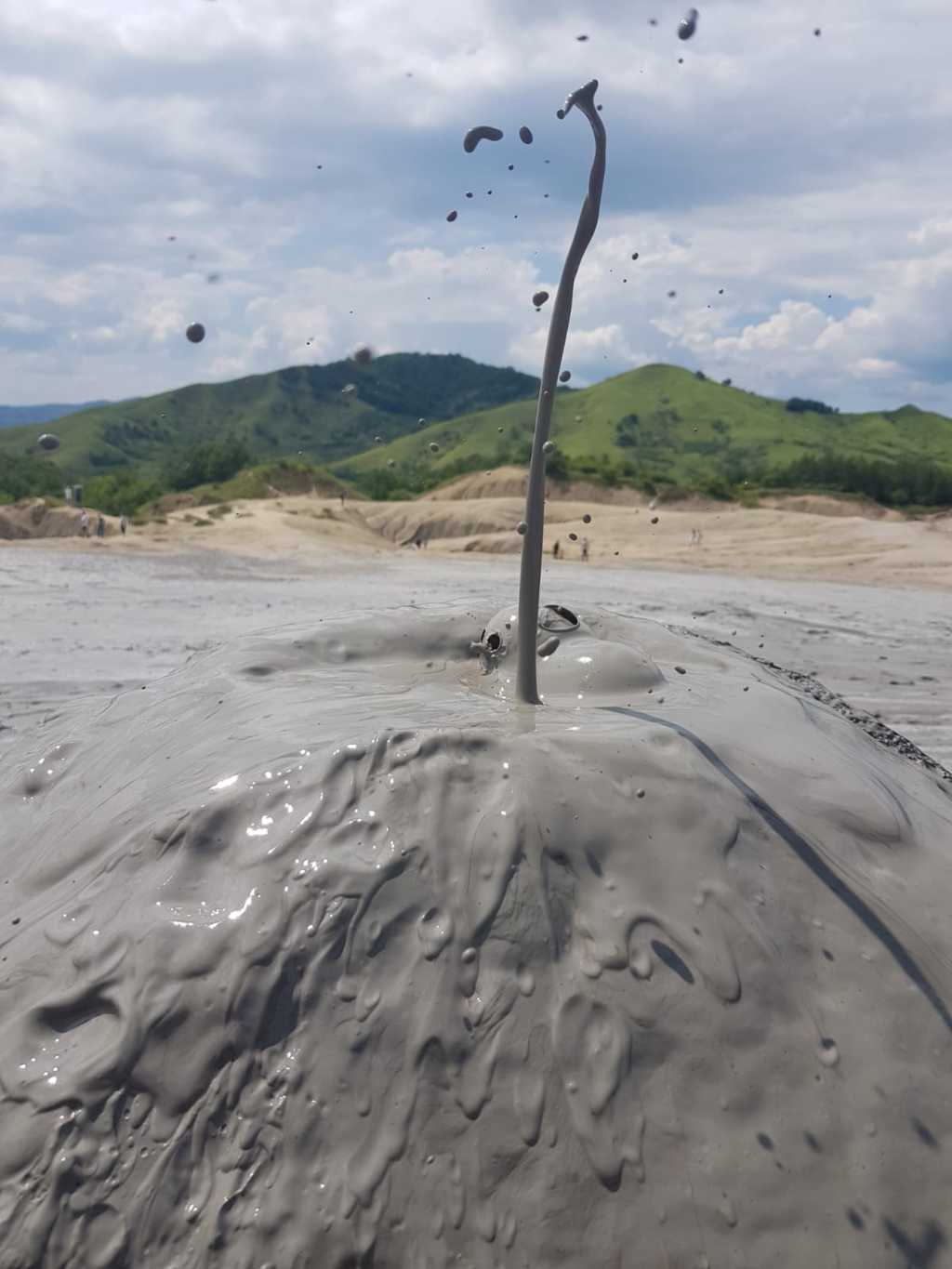 I had wanted for a long time to see some mud volcanoes, but I had never thought that they are actually not too far away from Bucharest. Although in Romania there are several places where we can see mud volcanoes, the ones in Buzau county are the most spectacular and can be found in 4 different places: Berca Mud Volcanoes (Paclele Mari and Paclele Mici), Beciu and “Fierbatorile”, the last one being less known because it’s not part of a protected area. However, at the time of our visit, we weren’t so well-informed so we visited only the Berca Big Mud Volcanoes (Paclele Mari).

From Bucharest to the Big Mud Volcanoes there are about 145 km, which means about 2 h 15 min drive. This is a suitable destination even for a half-day excursion if you don’t plan to visit something else as well.  The road is paved until there. There are a free parking lot, a paid parking lot and a restaurant where you can have lunch. The entrance fee for the Big Mud Volcanoes geological and botanical reserve is 4 RON for adults and 2 RON for pupils/students. 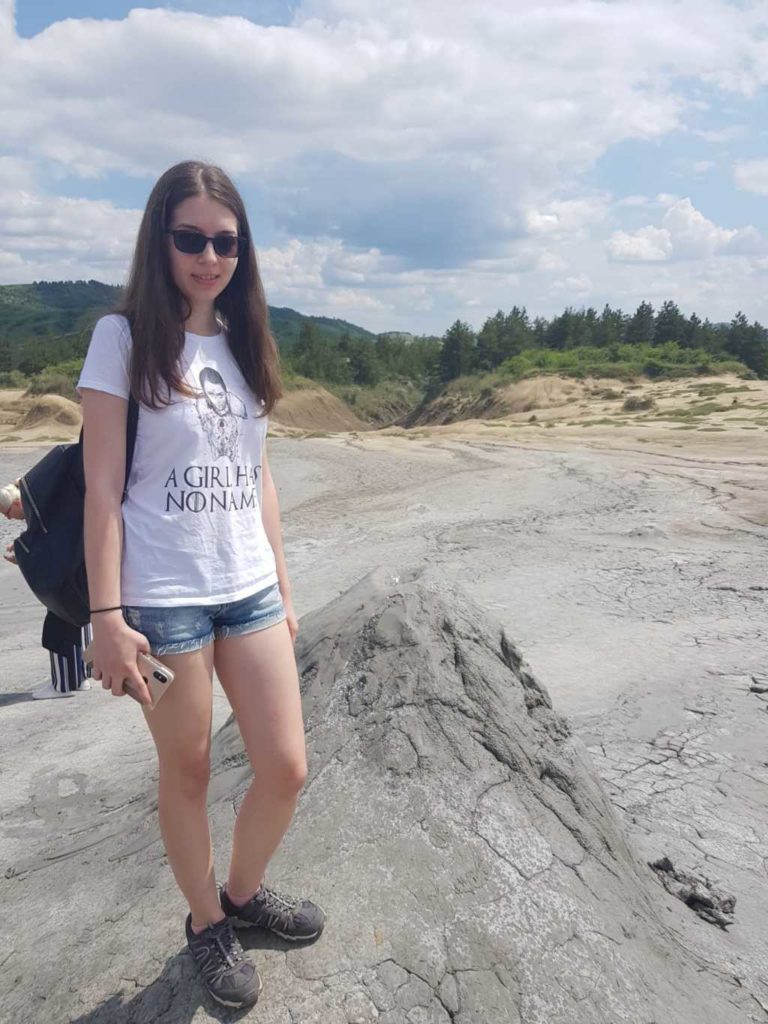 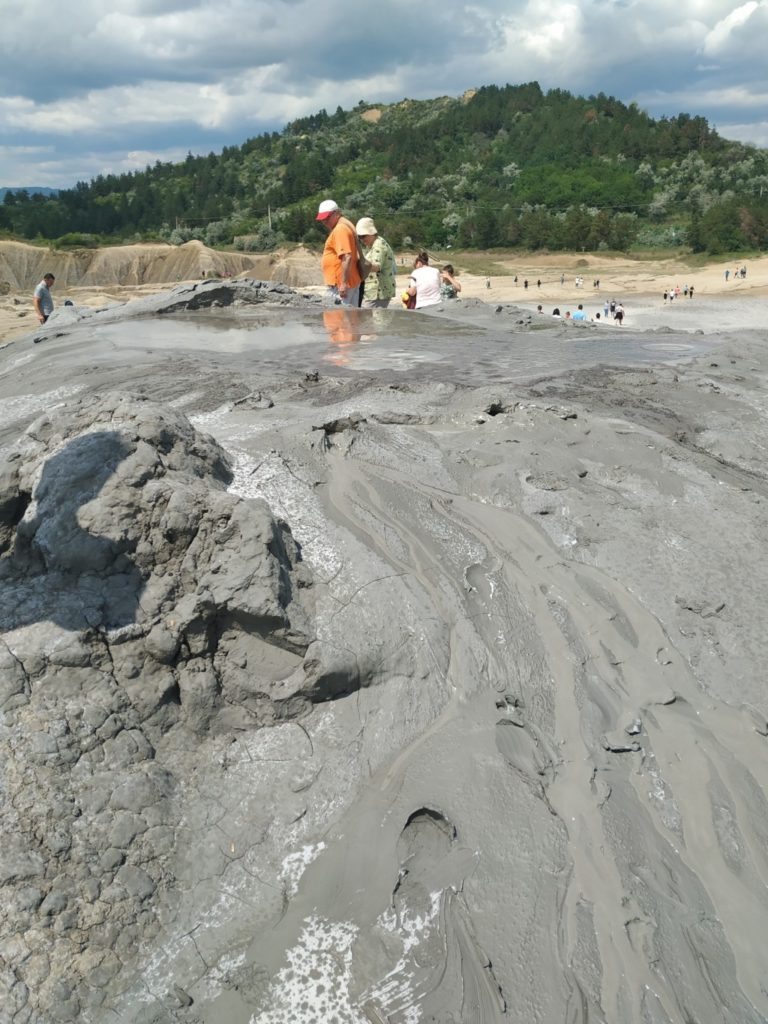 Although the height of the volcanoes is not impressive, it’s interesting to observe the phenomenon: the gases erupt from 3000 meters deep towards the surface, pushing up underground salty water and mud, so that they overflow, while the gas emerges as bubbles. The mud expelled is cold and then it dries off at the surface, creating a conical structure. 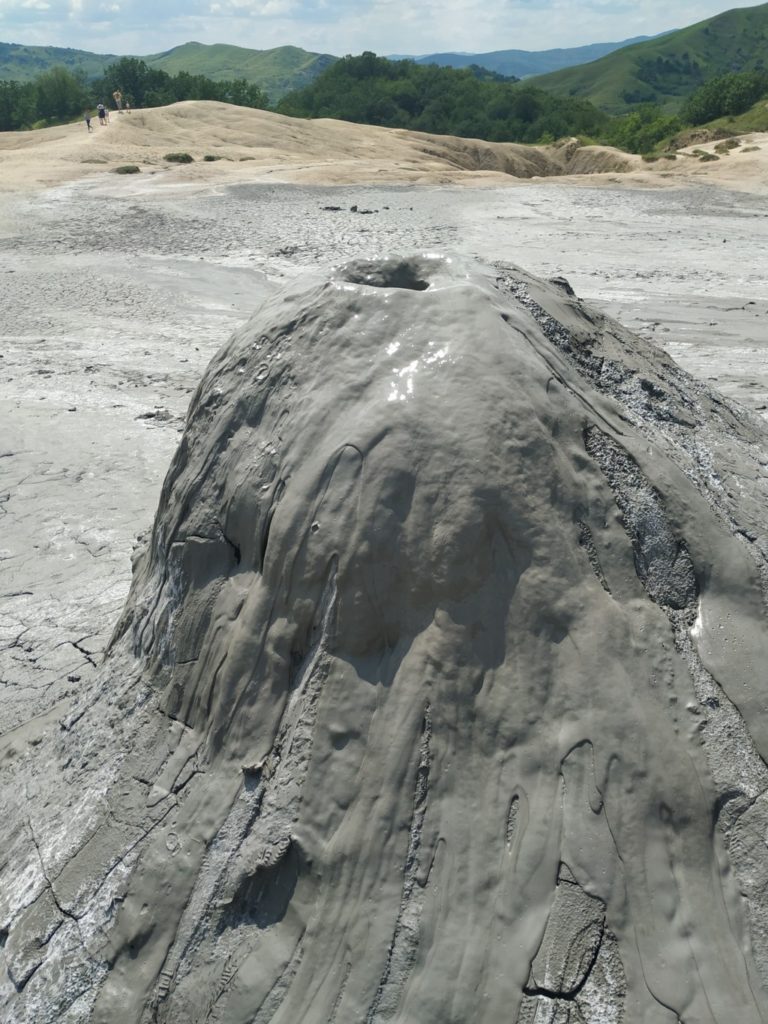 The surrounding landscape seems lunar, with dried off mud and water-cut ravines. Since the soil is very salty, vegetation is sparse. Keep in mind that the access to the site is not permitted on rainy days (it gets quite muddy). You should avoid going there on hot summer days as well because the sun will be burning and there is no shade where you can hide. 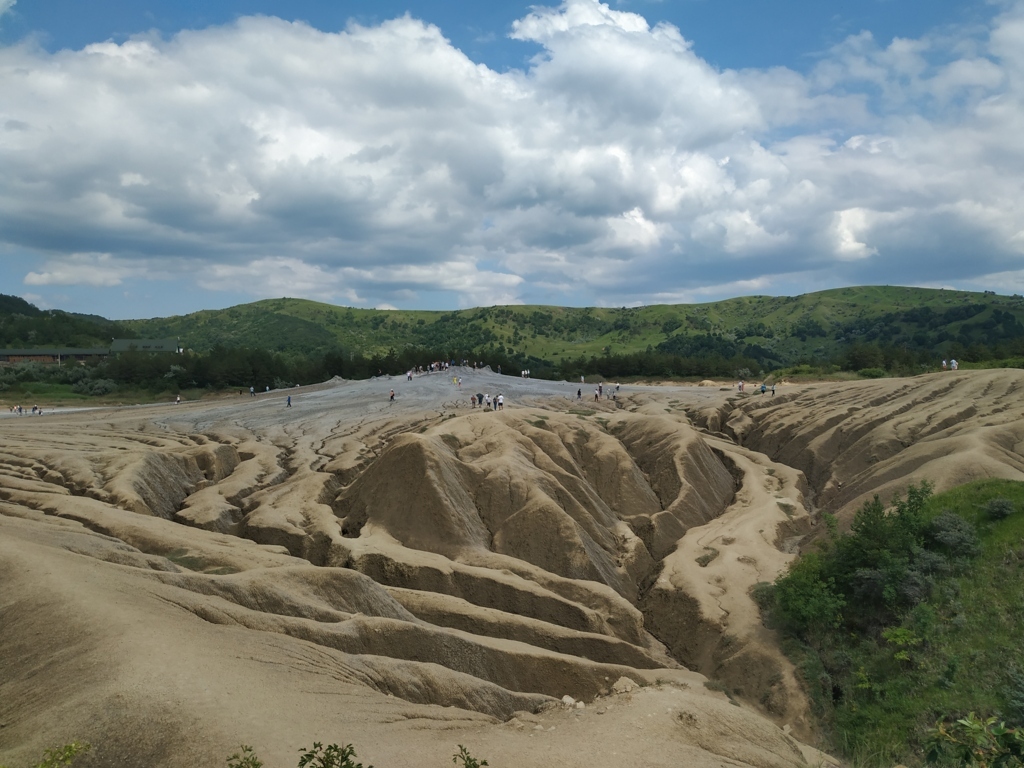 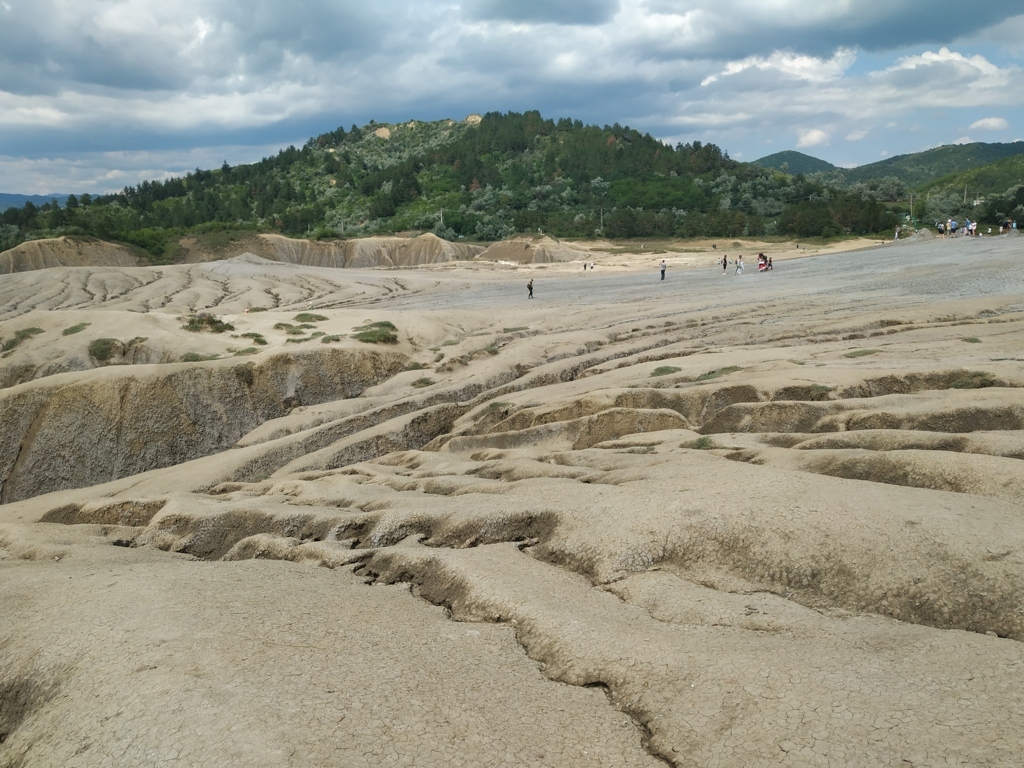 Overall, it was a nice experience and we saw something we had never seen before. However, we had bigger expectations and thought the volcanoes would be bigger and more, so don’t expect to see a lot of volcanoes bubbling fiercely.

On the way back, we stopped to take some photos on a sun-flower field (there are a lot of them on the way) and I can say this half-day excursion was worth it and we discovered another piece of Romania. Anyway, I’ve heard there are a lot of interesting places to see in Buzau county, so I hope I will get back there soon. 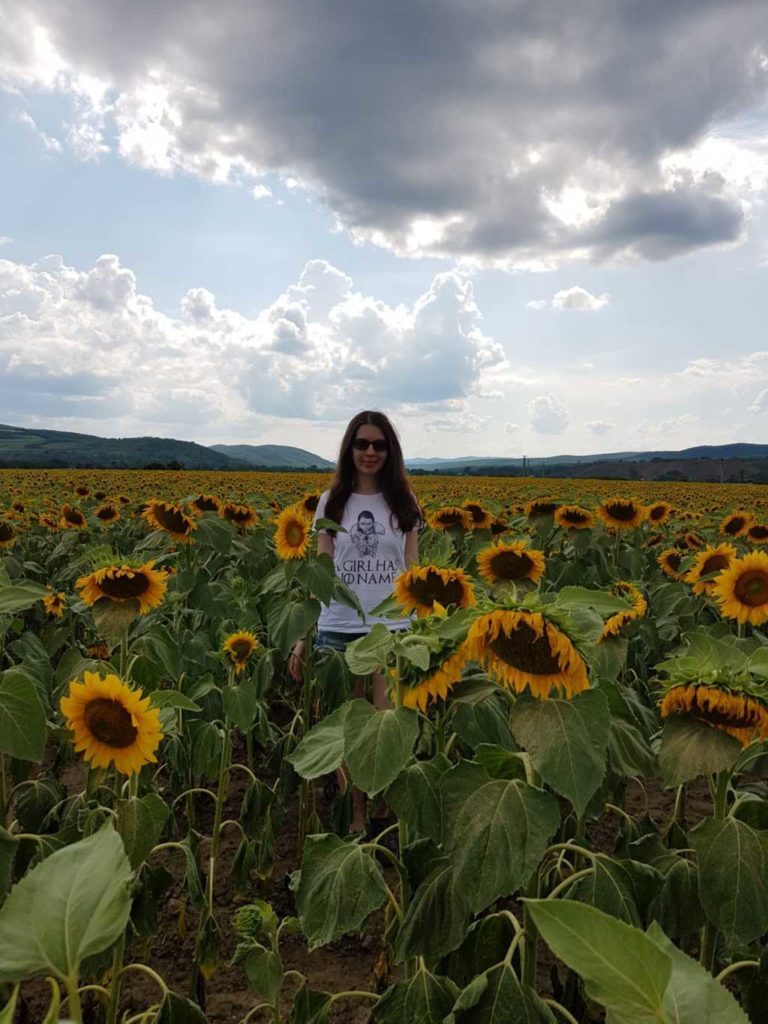