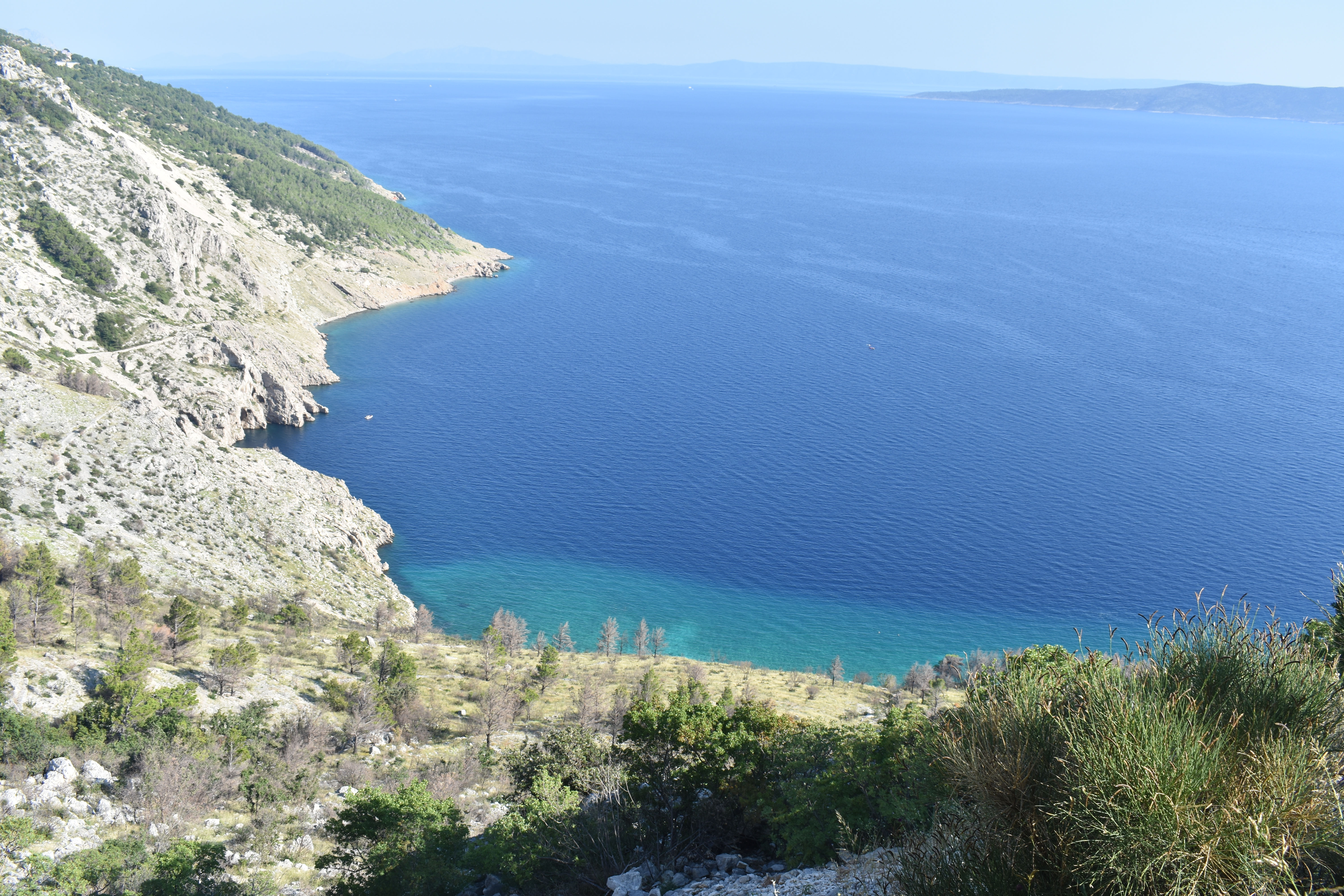 The fun goes on along the coast, from Makarska Riviera, full of wonderful beaches, up to Zadar. Apart from presenting you our itinerary, I will also recommend other places that should not be missed, especially if you have more time to spend in Croatia or if you want to try something else instead of going to the beach.

Makarska Riviera, also named “Dalmatia’s Beach Heaven”, is about 60 km long and offers a wide variety of beaches, being one of the best snorkelling destinations in Croatia. We had our accommodation in Baska Voda, a nice village with a vivid seaside promenade, but you should know that the most famous place on the Makarska Riviera is Brela. 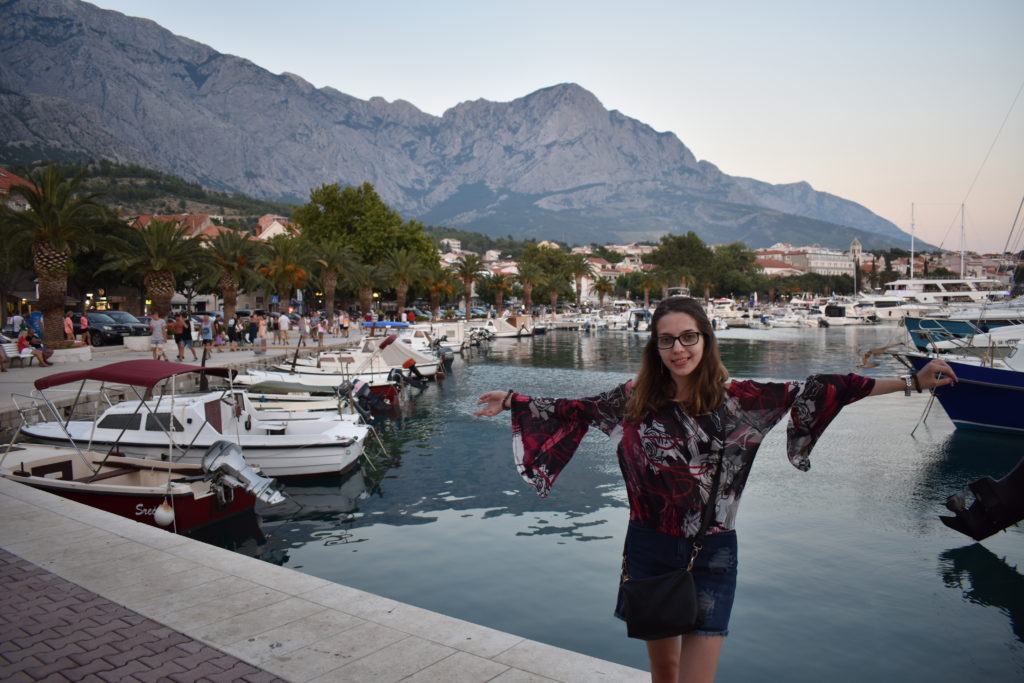 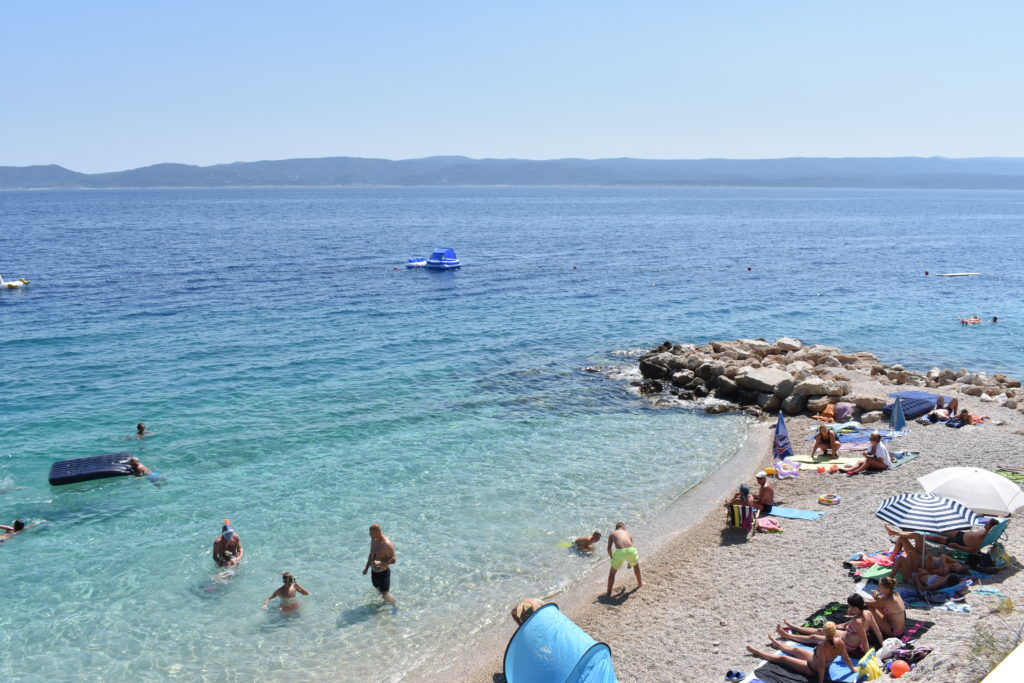 As we wanted to experience kayaking and snorkeling in this area, we signed up for a tour organized by Adventure Dalmatia . The tour starts in Jakirusa bay, in Brela, and ends in Vrulja bay. All the necessary equipment is provided by them and this tour is suitable for beginners as well (we had never tried kayaking or snorkeling before). Communication with the organizer and the guide was very good, they kindly answered all my questions. We were really excited by this tour because this way we discovered the deserted beaches of Vrulja bay, which are not accessible by car, you have to walk down a hill in order to reach them. So, in order to fully enjoy the beauty and richness of Makarska Riviera, I would recommend a kayaking and/or snorkeling tour. Of course, there are many other tours and activities that you can try in this area, you can check Adventure Dalmatia for more info. 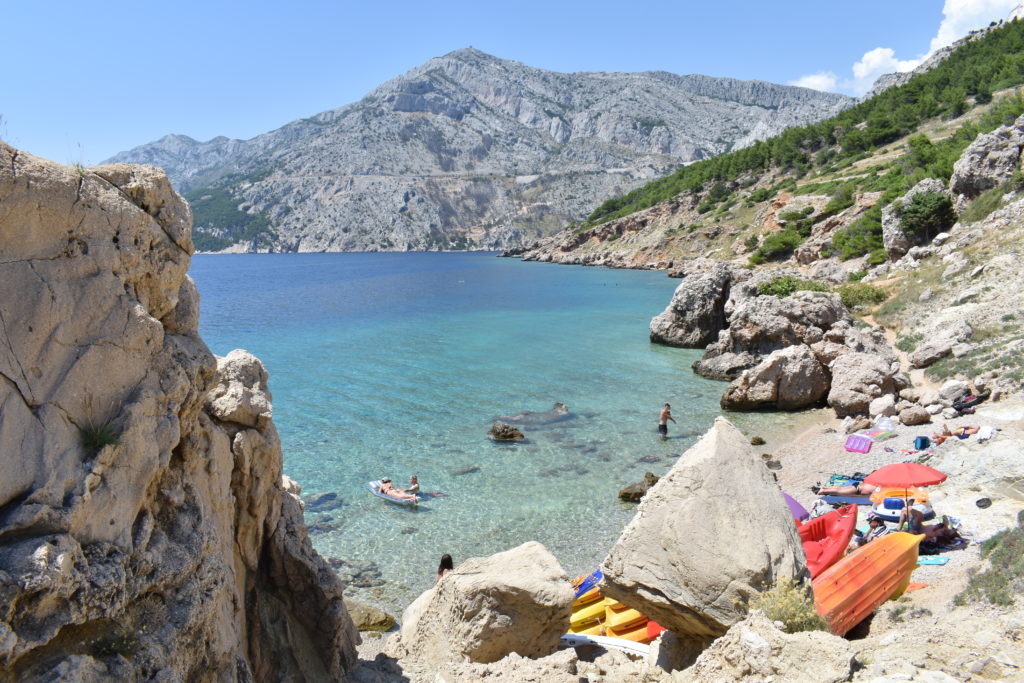 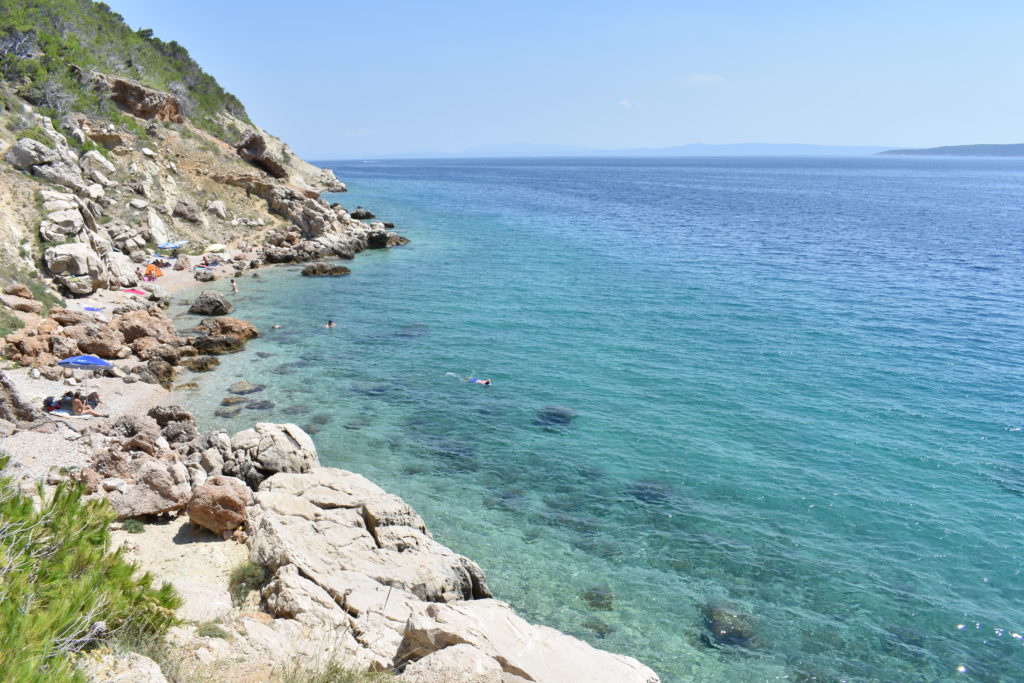 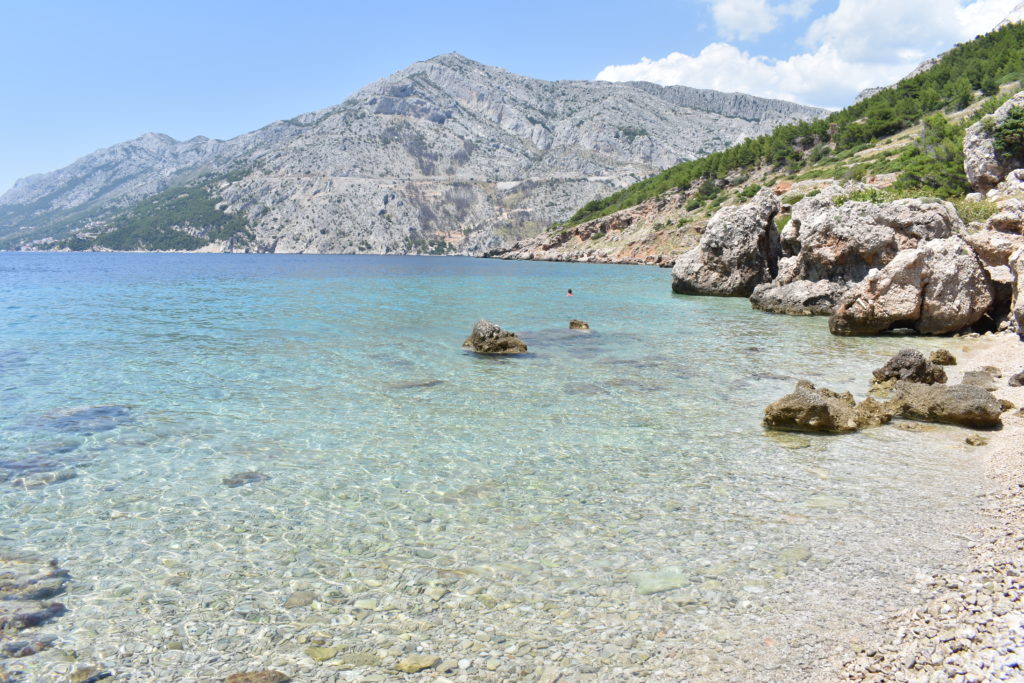 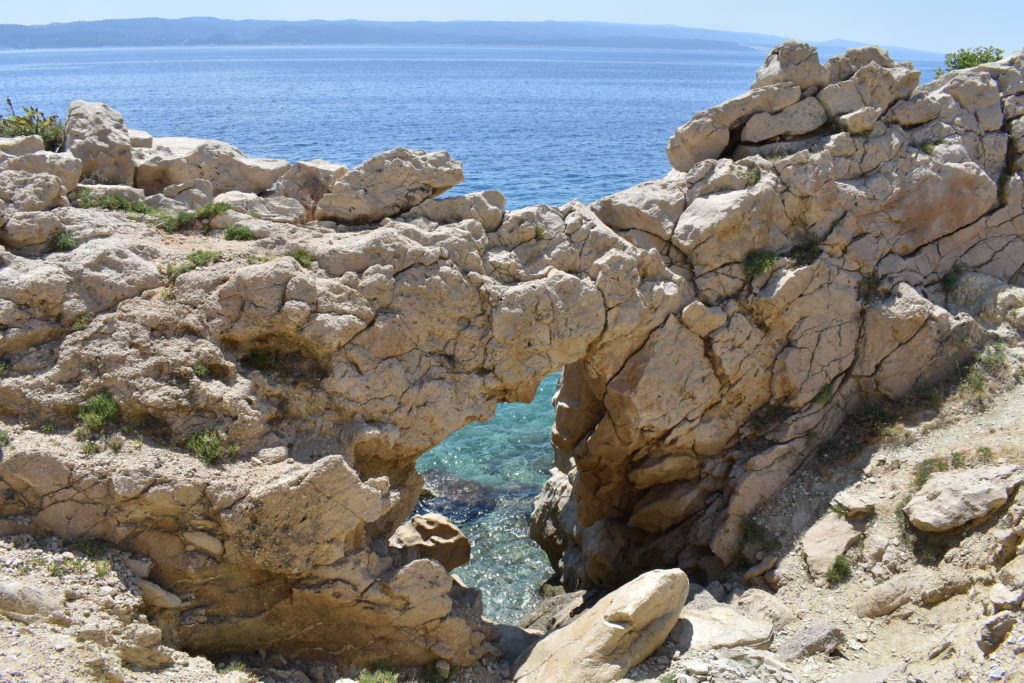 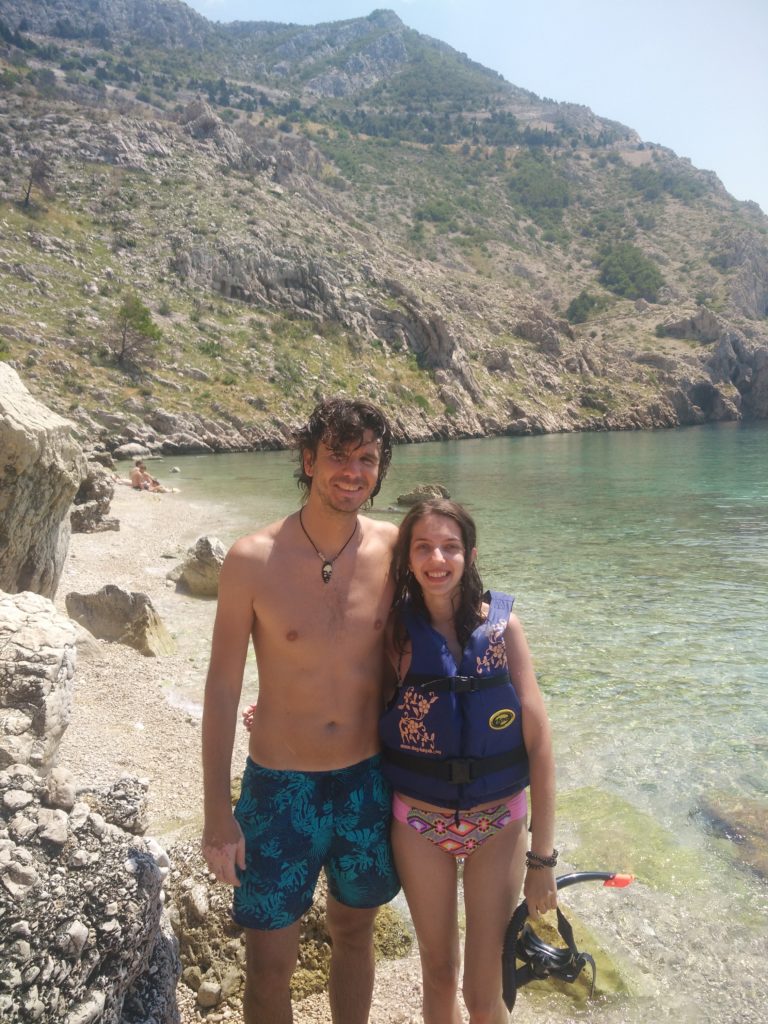 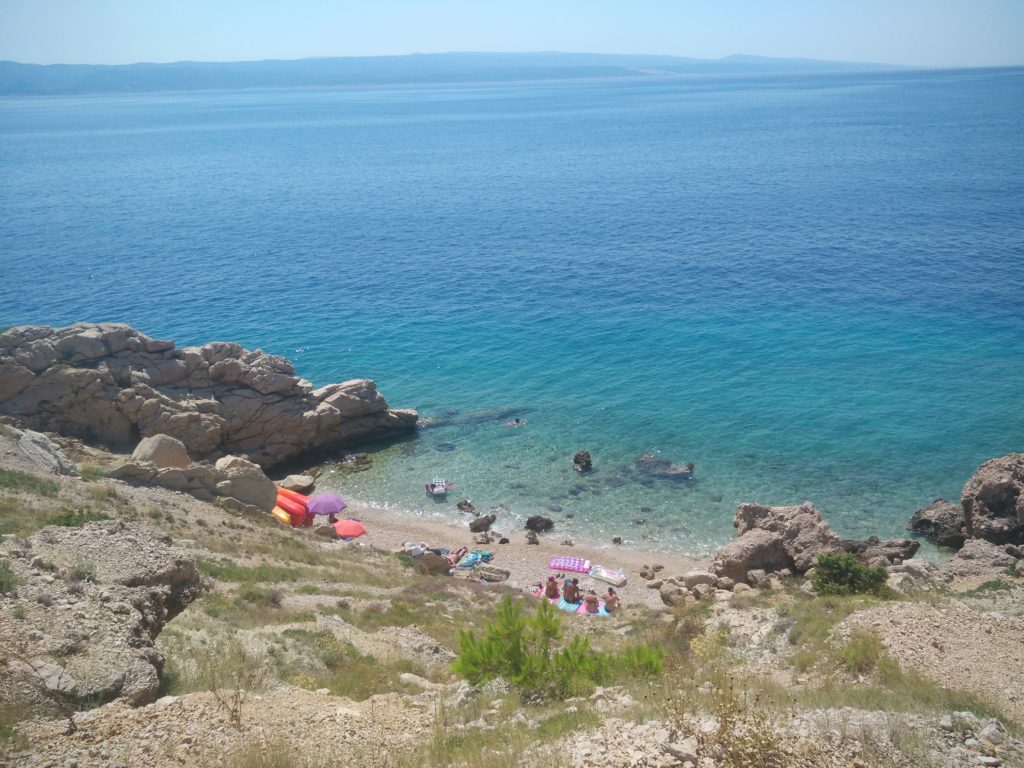 What we did next was going to Dugi Otok Island and the main reason was to see Sakarun beach, about which people say it would be one of the best beaches in Croatia. Well, unfortunately, that was a biiiiiig disappointment! Actually, one of the biggest disappointments in my life so far! So, in case you are planning to go to Dugi Otok for Sakarun beach, don’t do it! I will tell you later why. However, there are plenty of other things to see on Dugi Otok, but first,  let’s see how you can arrive there.

From Brela drive to Zadar, about 200 km. From Zadar you can take the ferry to Dugi Otok Island, either to Bozava (passengers only) or Brbinj (passengers and cars), about 35 km. For ferry info, you can click here. Since we had a car, we took the ferry to Brbinj, then drove about 15 km to Bozava, where we had booked accommodation. 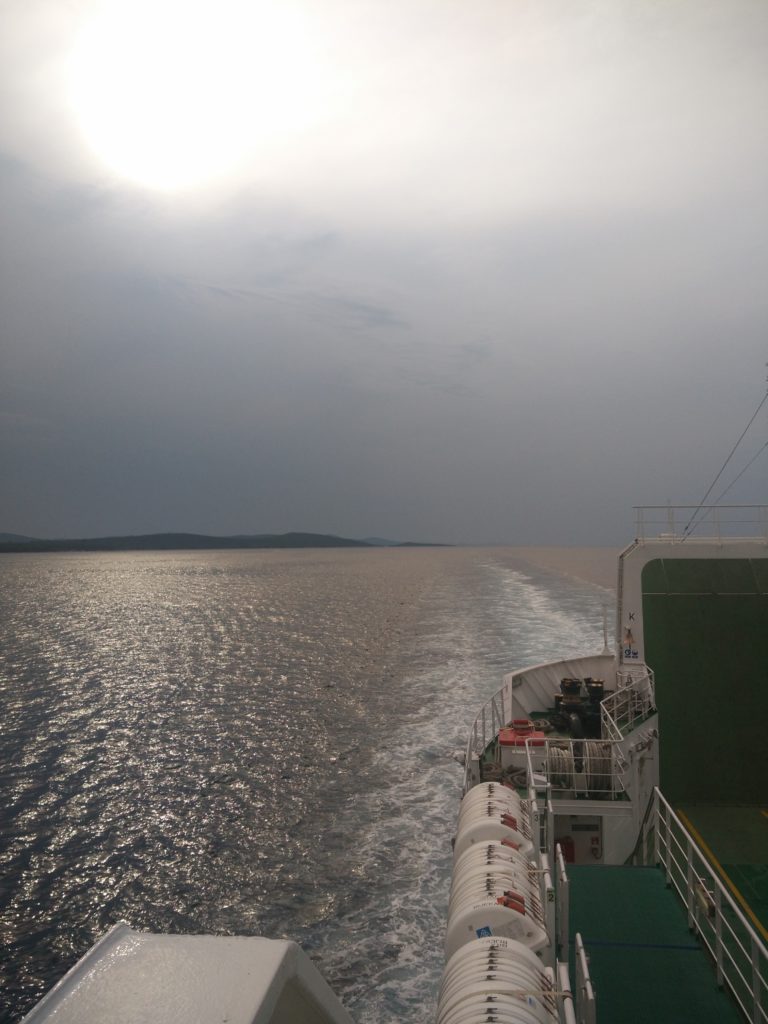 Bozava is a picturesque small village where you can feel like a local. It was there that we watched the FIFA 2018 final, in a bar, with the locals, feeling each of their emotions as if we were watching our country’s team playing. In Bozava, there is an ordinary beach and other places where you can swim in crystal clear water, but these are mainly accessible from some rocks and are not suitable for beginners. 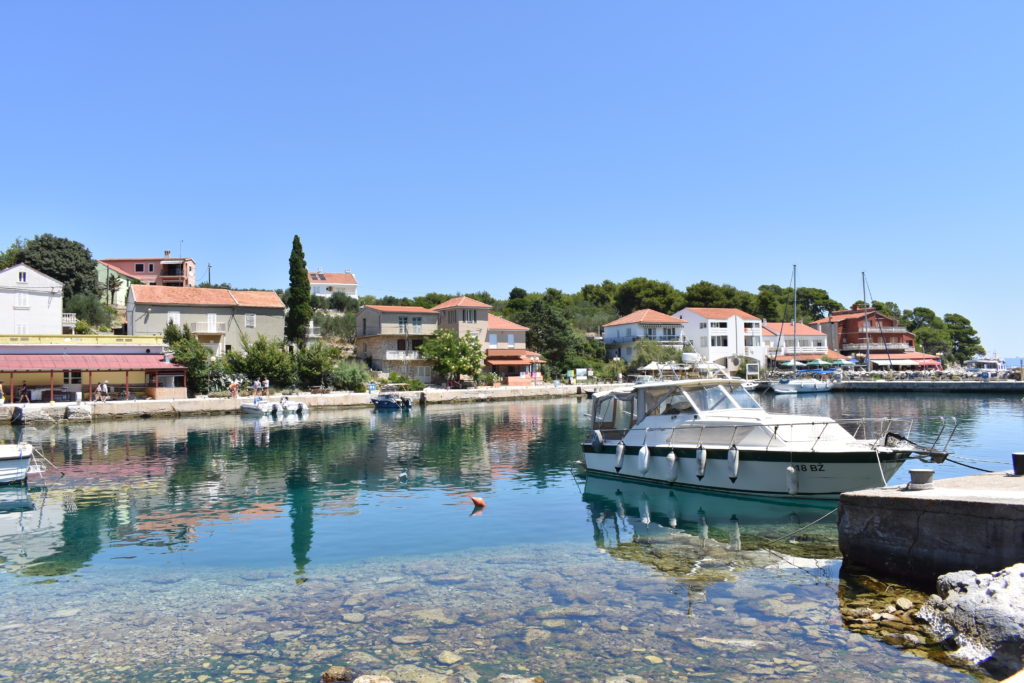 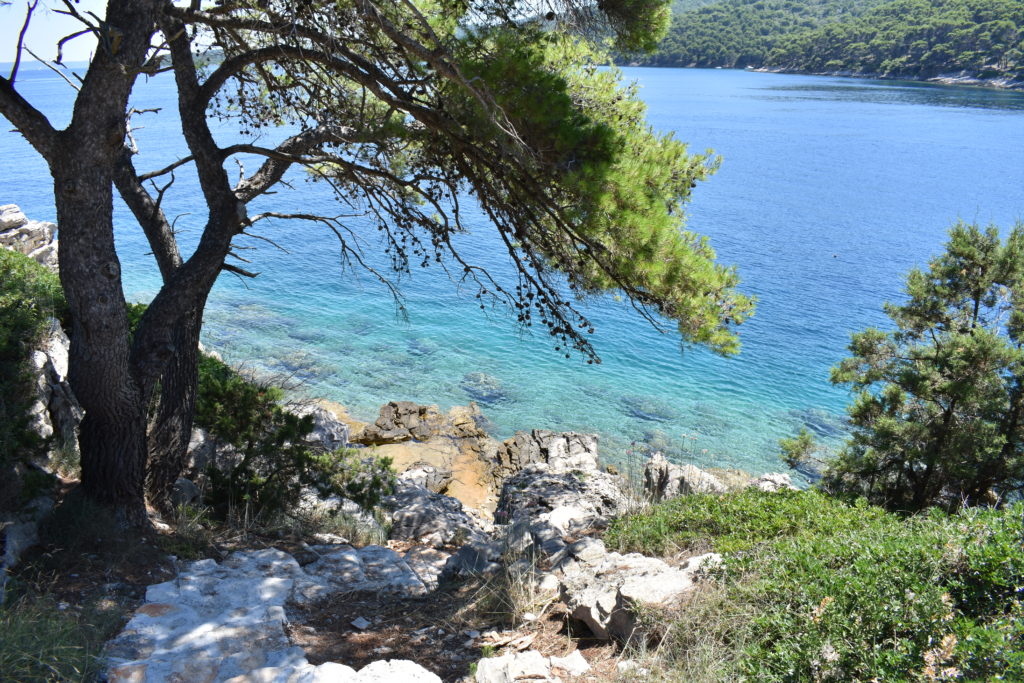 To the north of the island, there is another village worth seeing – Veli Rat. Its landmark is the old Lighthouse. There are also pebbly beaches with crystal clear water and not far away there is a shipwreck where you can dive. 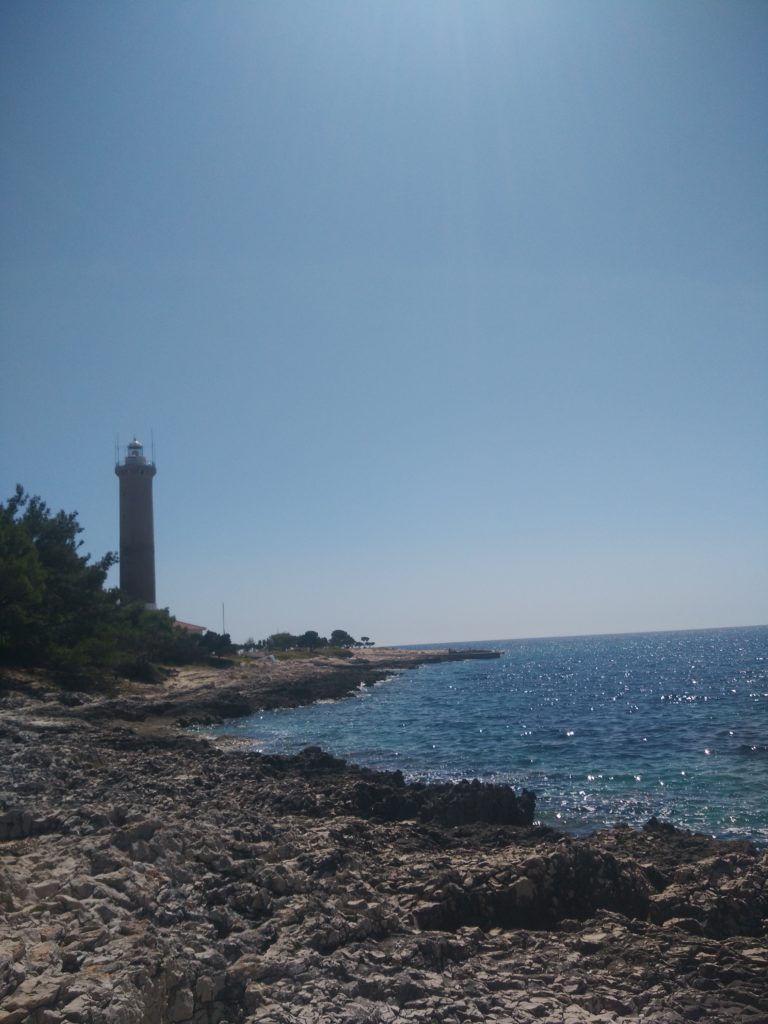 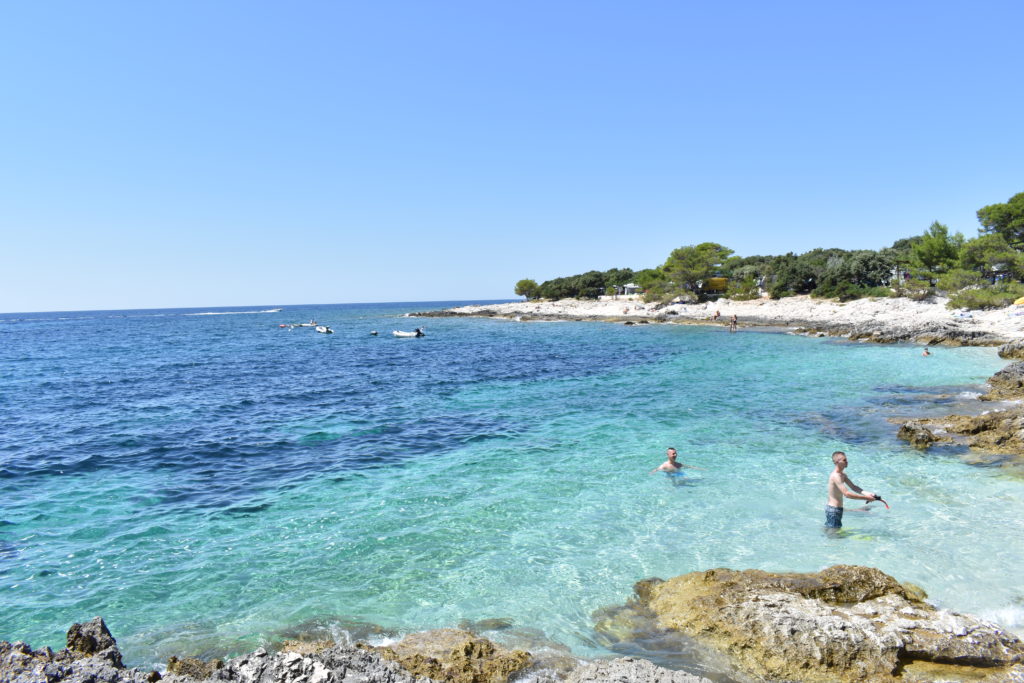 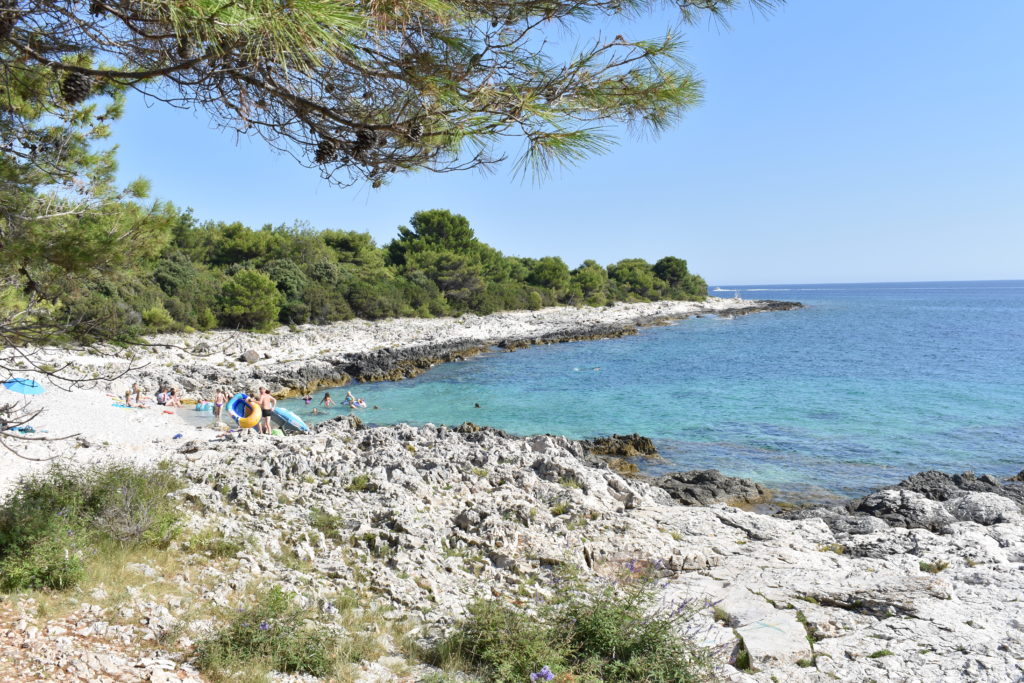 We visited Soline as well, another village close to Bozava. You can have the beach all for yourself, but if you are afraid of sea urchins (like me) then better don’t go there. They are everywhere!! 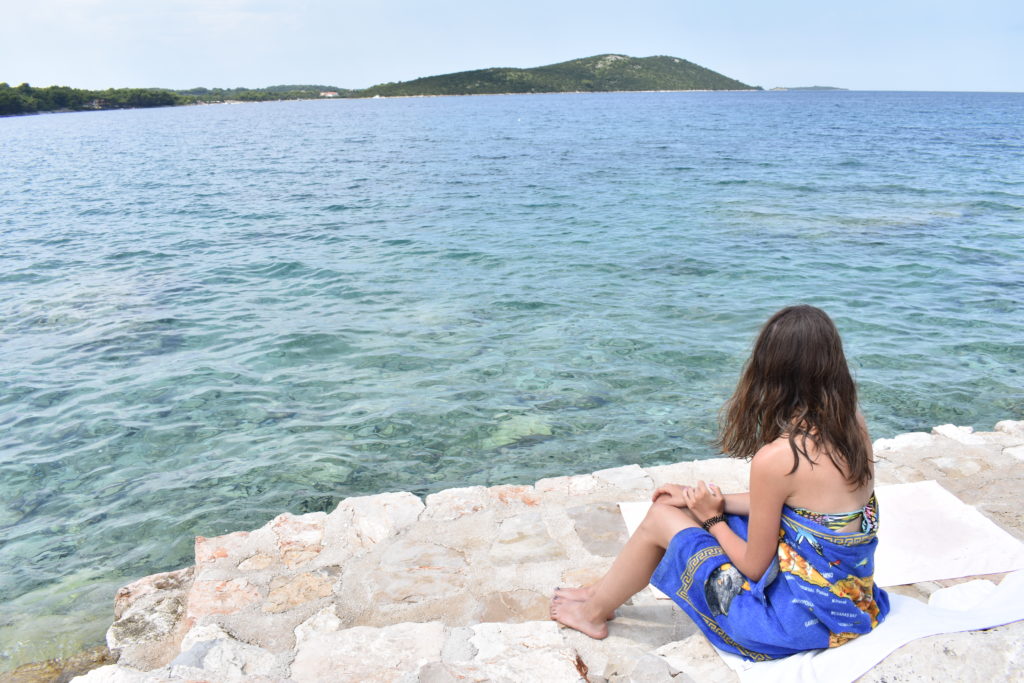 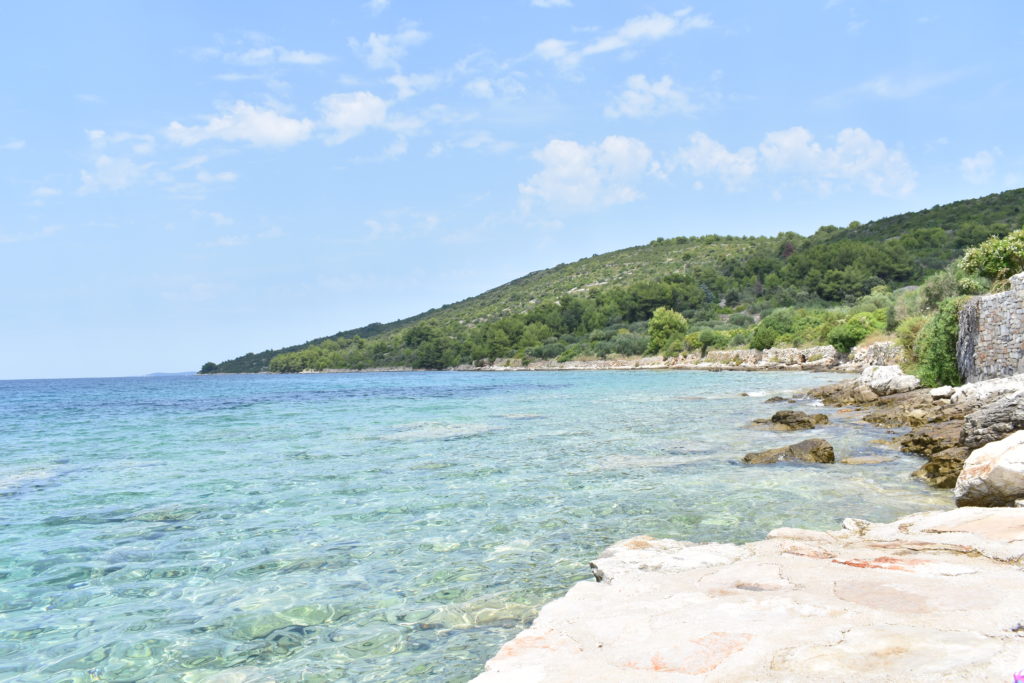 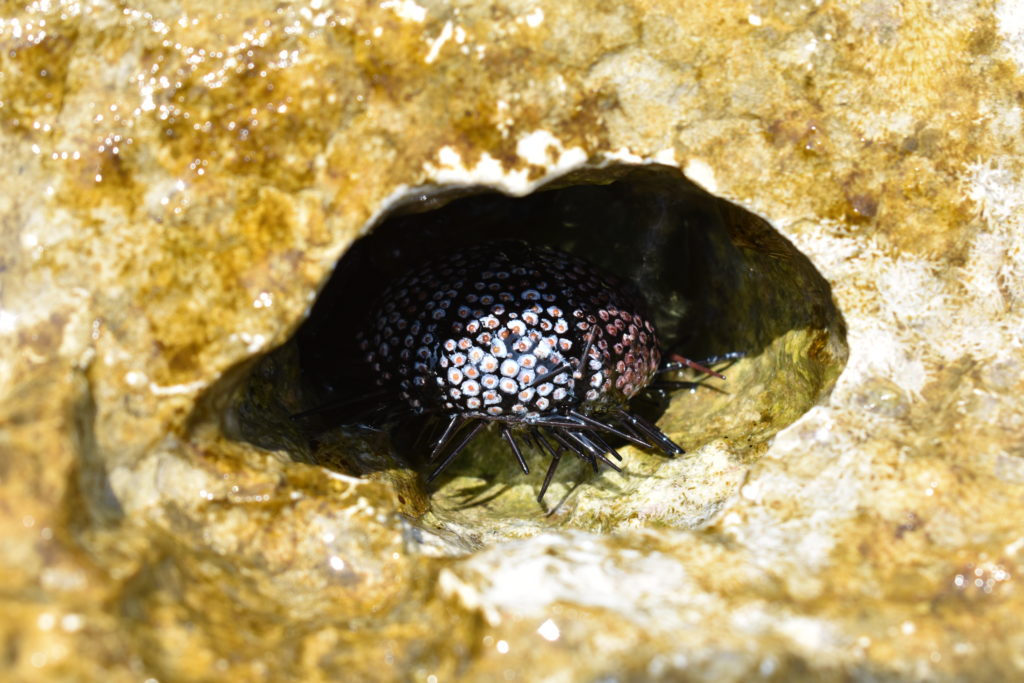 Now it’s time to tell you about Sakarun beach. Well, I cannot even show you, because we had great expectations and we were so disappointed when we got there, that we were not even inspired to grab the camera or the mobile phone and take a few photos to keep as proof. So, the worst thing about Sakarun beach is that is dirty! But not dirty of plastic or rubbish left by people! Dirty because of natural remains, such as small pieces of wood, seaweed or other marine plants. The sandy beach was full of such things and the water as well. If it was cleaned, then Sakarun would definitely be an amazing sandy beach with clear water, suitable for everyone, from kids to advanced swimmers. But like this, it just feels dirty…When you are in the water and you feel those small brown-black things touching you it’s not the best feeling. So, Sakarun is certainly overrated and it’s not worth going to Dugi Otok only for it.

To our surprise, we discovered by accident a beach totally suitable for snorkeling. The bad thing is I have no idea what it’s called and no idea where it is located, because, as I said, we found it by chance, exploring the surroundings of Bozava in search for another beach that could compensate for Sakarun. I think it is somewhere between Bozava and Dragove, but I can’t be sure. See below some photos – the water is not turquoise, but it’s surely perfect for snorkeling. 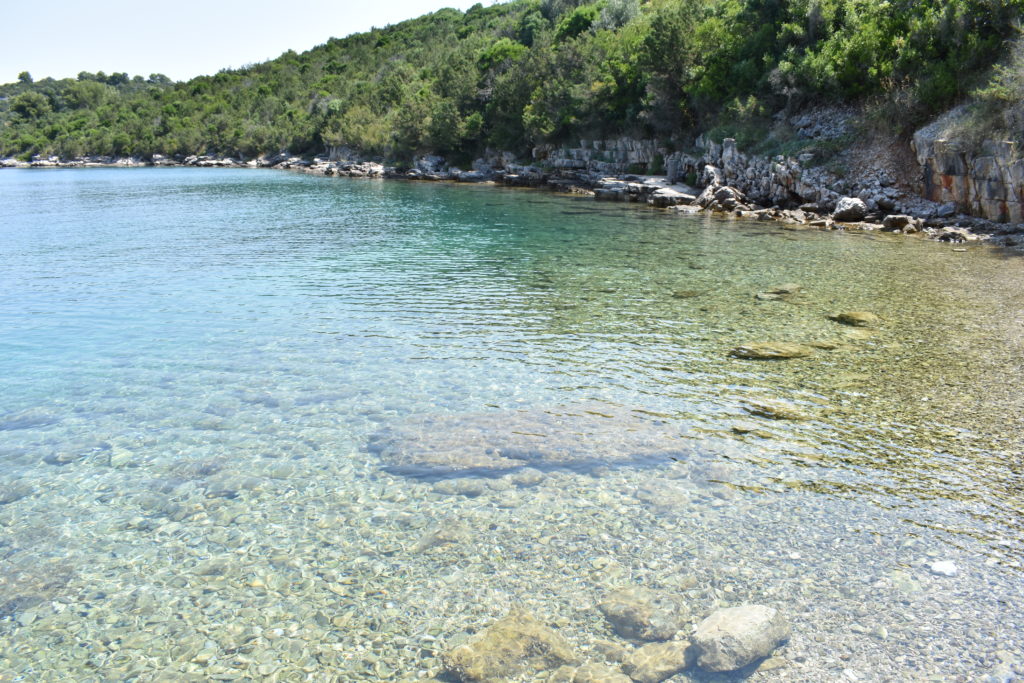 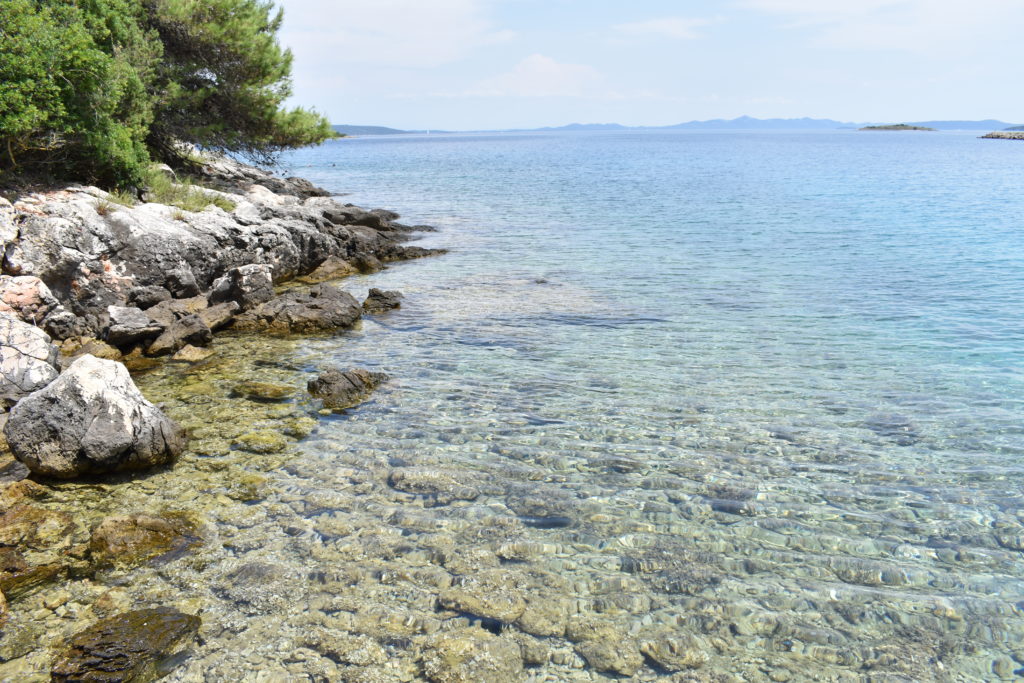 So, this was our adventure on Dugi Otok Island. We explored only the northern part. If you ever go there, you should see the southern part as well, especially Kornati National Park and Telascica Nature Park.

We took the ferry back to Zadar and we spent a few hours wandering around the city. It was as crowded as Dubrovnik and we didn’t expect this either. However, prices are lower in Zadar. 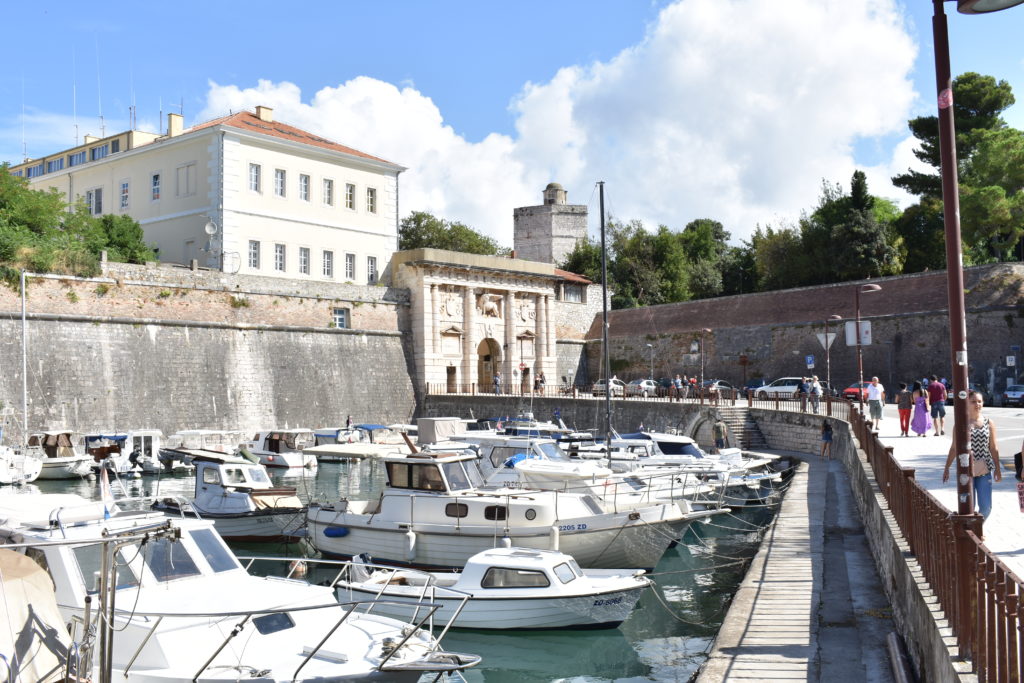 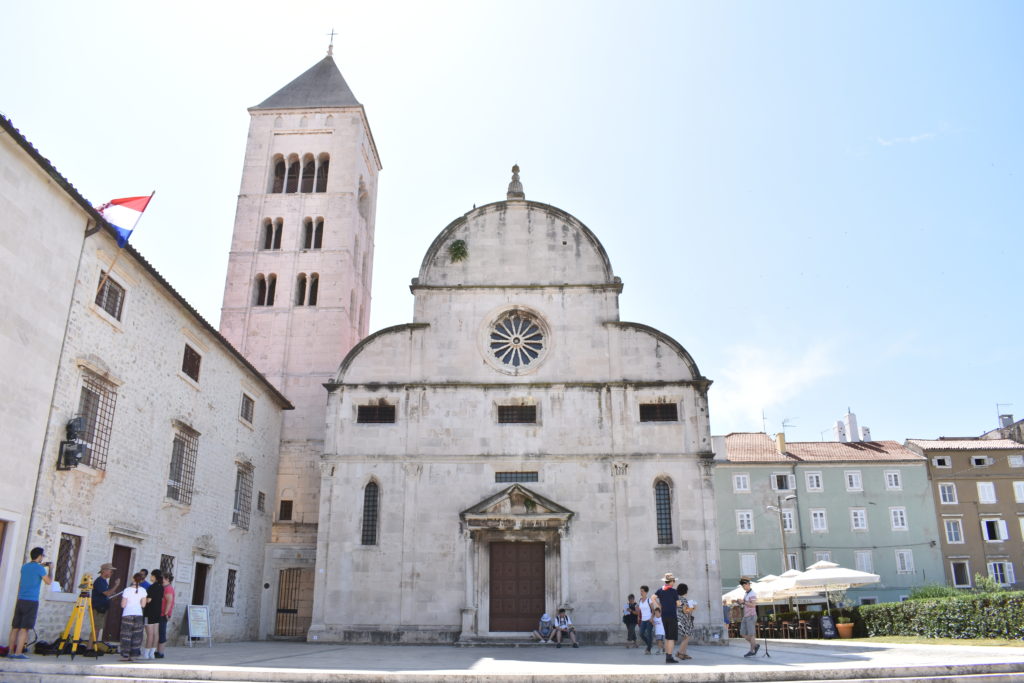 I think the most impressive thing in Zadar is the sea organ, an extraordinary musical instrument that plays music with the help of sea waves, having some tubes located underneath a set of large marble steps. 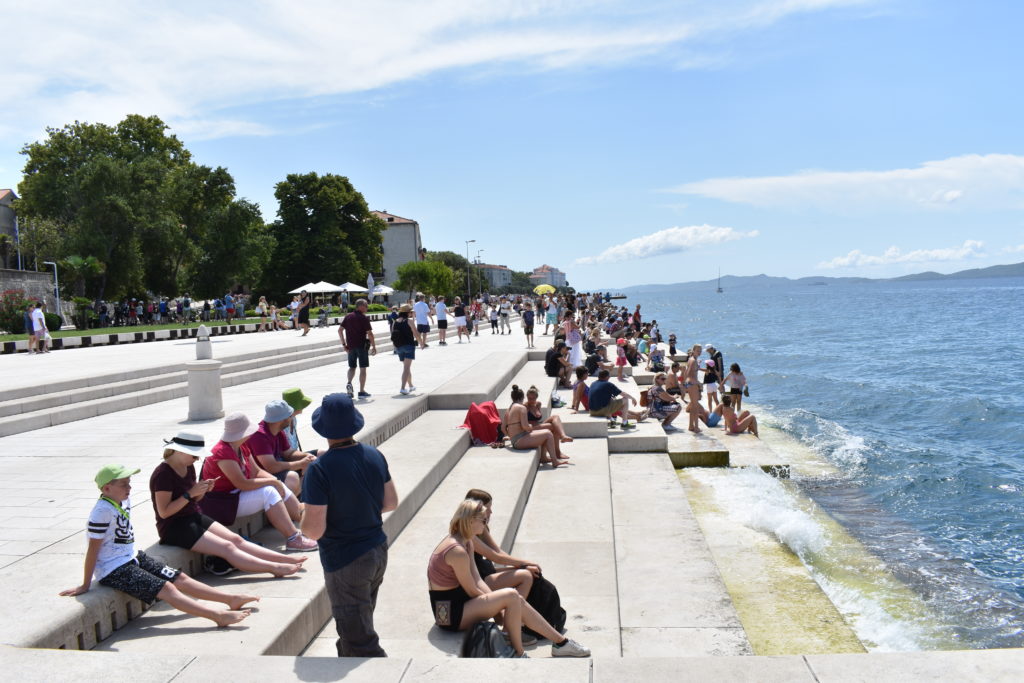 Zadar was the last stop on our itinerary. It was quite an interesting and exciting holiday and, as I mentioned from the very beginning, Croatia was a pleasant surprise for us, at least regarding the beaches. However, there would be still a lot of places to see there and we would be more than happy to go back to Croatia and explore more of its continental part as well.

You can find below other suggestions for your itinerary in Croatia, places that I also want to see one day because the time was not enough for adding them on the list in 2018.

On our way from Brela to Zadar, we could have stopped to visit Split and Trogir but that would have extended our trip with about one day. However, if you don’t intend to go to Dugi Otok or to other islands, then you should definitely visit these 2 cities or at least one of them. Also, from Zadar you can head to Plitvice Lakes (about 118 km) and see this wonder of Mother Nature. For more info you can check here.

Or, if you don’t want to go north so far, you can visit Split, then Sibenik (75 km away) and then head to Krka National Park, which is maybe as breathtaking as Plitvice Lakes National Park. For more info about Krka, click here.

I hope to try this myself one day. Until then, good luck in planning your trip to Croatia and if you have other suggestions or you want to share your experience on the Dalmatian Coast, please feel free to use the comment section below.